The relationship between myth and reality is both problematic yet essential in understanding literary perspectives of the Northern Irish Troubles.

Module: Writing in a Time of Violence (Level 6)

Through analysis of selected poems from North (Heaney, 1975) and The More a Man Has the More a Man Wants (Muldoon, 1983), the essay explores the relationship between fictionality and real-world conflict. It may be argued that fictional responses to sensitive topics can be problematic in their capacity to be exploitative of reality. However, the essay argues fiction can depoliticise and in turn humanise the tumultuous landscape of conflict. This becomes increasingly crucial regarding the Northern Irish Troubles, a conflict shaped by political propaganda and the new mythos of sensationalist media. Additionally, the essay suggests how each writer directly references folklore to break the accepted narrative of the Troubles in exchange for presenting the eternality of the conflict. The essay arrives at the conclusion that both Muldoon and Heaney weave reality and fiction into responses to the Troubles that transcend its socio-political discourse; instead focusing on elements of the conflict that are equally significant yet often disregarded.

Daniel Fynn has just finished his final year of study in the Undergraduate BA (Hons) course in English Literature at Leeds Beckett University. He has found the course fulfilling in the way that it both focuses on the accepted literary canon and touches upon texts that depict topics that are often disregarded yet are equally important to the wider literary discourse. Modules such as Postcolonial Writing and Writing in a Time of Violence have been useful in not just an academic sense but also in developing Daniel’s knowledge of key cultural events. Therefore, the course has been crucial in expanding his ability to understand and engage with sensitive topics. The Writing in a Time of Violence module highlighted the importance of fiction in responding to and perpetuating a wider social narrative. As he wishes to pursue a career in journalism, this will be useful for Daniel in his future endeavours. 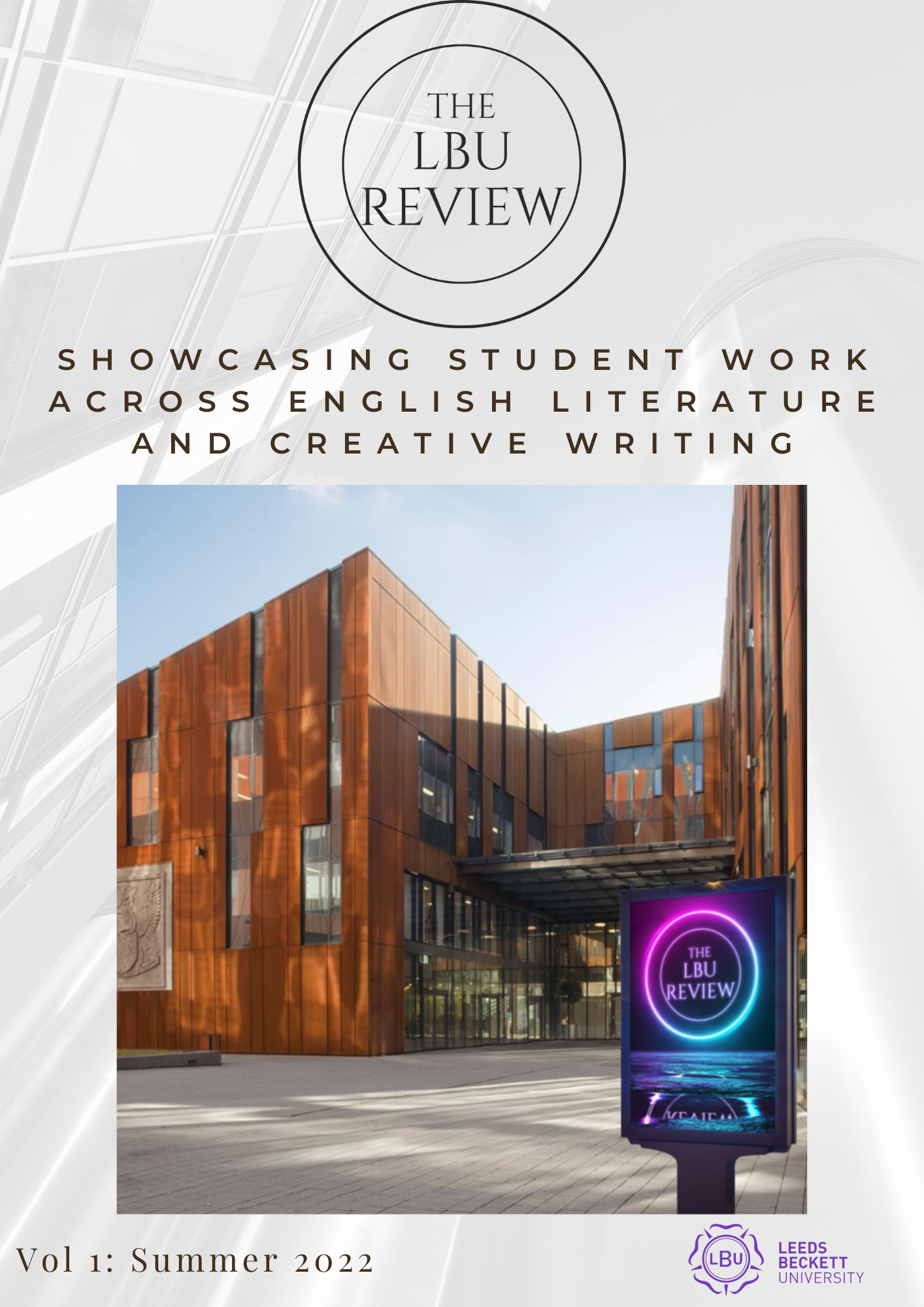